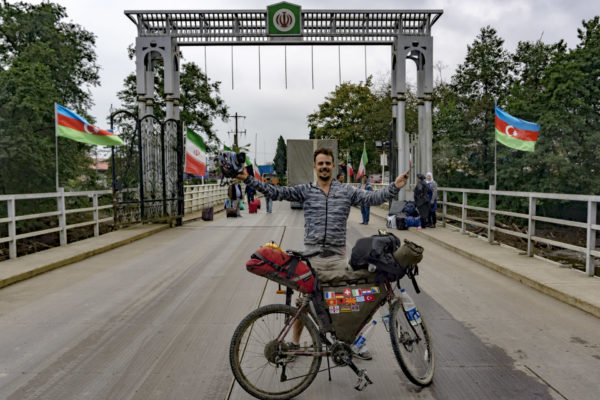 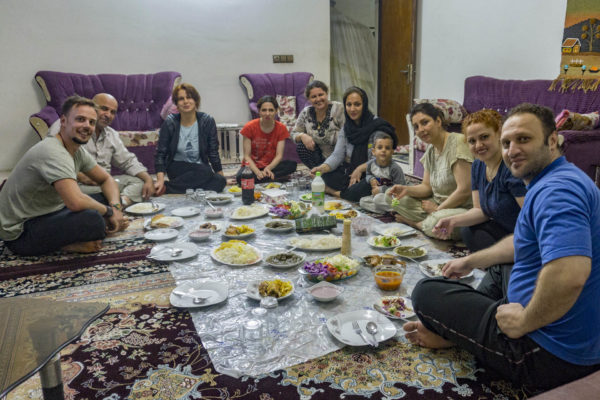 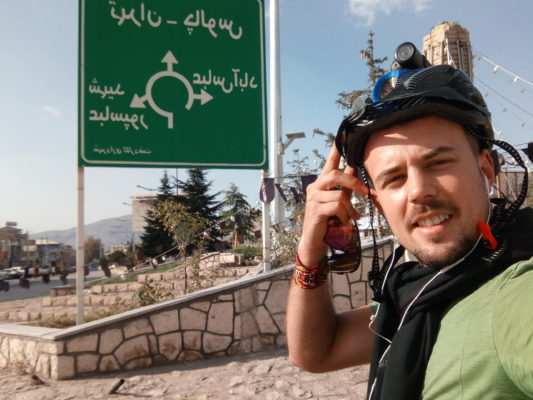 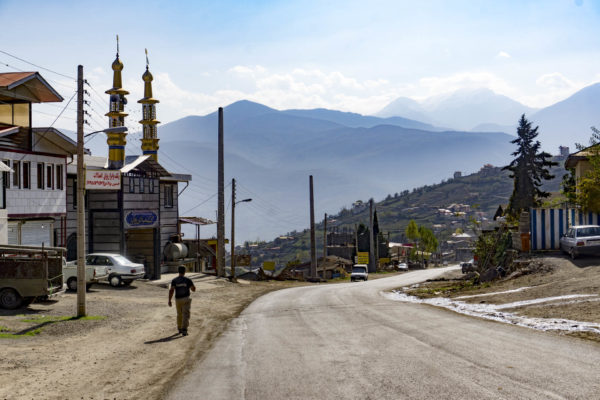 After biking 6000km, I still can’t believe that I made it here. When I started this trip in Paris, the name of Iran was synonymous with outlandish and unreachable. But when I crossed the border, the realization became real. I’m geographically and culturally really far away from home now.

The first impressions confirmed the latter statement : I encountered a singing crowd gathering around a preacher right off the first hundred meters after crossing the border in Astara. Simulatenously, I was welcomed by half a dozen men who were eager to help the stranded foreigner. The contrast with the bordering Azerbaijan (also a muslim country) was stark : Blinking signs everywhere with arabic-style persian inscriptions. Many women were covered by black hijabs. Yet those women seemed less timid and more curious than their Azerbaijani counterparts. People actually spoke english – what a relief !

I got my SIM card. I’m ready to find a place outside the city where I can pitch my tent. But there was no need – I was standing on the sidewalk examining the map when, after less than a minute, a iranian guy came to me and asked me if I need a place to sleep tonight with perfect english. Here I am, an hour later, eating dinner with all the family.

There is much to be said about this ancient, strictly islamic and very welcoming culture. This blog is about People, Culture and Travel Hazards. Be sure that I’ll share those experiences with you here. Looking forward to Persia !